Scoliosis is a major concern for teens and adults.  Scoliosis is the abnormal sideways curvature of the spine, also called an s-curvature.  In the absence of physical injury or trauma, the cause of scoliosis is unknown, which is why it’s called idiopathic (unknown origin).

While western medical literature holds that there is no cure for scoliosis, people who have the condition are often subjected to wearing restrictive braces or undergoing invasive surgery to install metal rods that support the spine and prevent it from further curvature.  Unfortunately, these interventions aren’t always successful and in some cases, such as surgical intervention, can cause additional pain due to a stiff, inflexible spine. 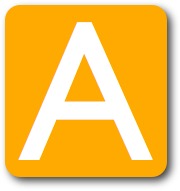 Let’s look at scoliosis in a new way….if we look not at the bones but at the things that keep the bones in place, the soft tissue structures, we can see that the musculature is imbalanced side to side in a person with scoliosis.  One side is too tight, pulling the spine sideways, and the other side is too loose, letting the spine get pulled.

Okay, so it’s not a disorder of the spine, then, but rather of the things pulling on the spine.  But what controls the things that pull on the spine?  If you guessed the brain, you win the grand prize on this one!

Your brain sends signals to your muscles, each and every single muscle fiber, telling them to fire or relax.  Your brain does this all day long without you having to think about it.  When you reach out for a glass of water, your brain organizes and coordinates that movement, again, without your conscious intervention.

So, obviously something in the wiring of a person with scoliosis got a little mixed up.  Why is one side so tight and the other too loose?  Because of a little thing called proprioception – your body’s orientation in space.  Proprioception is what keeps you from banging into doorways and sticking your fork in your eye.  It’s how you know where your feet are.

But studies have shown that people with scoliosis have a less refined sense of proprioception.  Somehow, they’ve lost their sense of space.  The first thing we do as babies once we are born (along with breathing, of course) is orient to ground and sky.  Which way is up, which way is down?  Preliminary theories suggest that scoliosis people either failed to do this initially or lost it somewhere along the road.

To get an idea of how important a sense of up and down are, try jumping in the air just by pulling your feet up.  You don’t get very high, do you?  No, you have to push down into the ground to get upward movement.  The same is true for your posture.  It’s hard to have a straight spine if you don’t have support from the ground.

So, back to the question of whether or not Rolfing works for scoliosis…I have seen tremendous changes in scoliotic spines with Rolfing therapy.  If the person is young enough, the curve can be greatly reduced, almost to a level of imperceptibility.  In adults, the changes are slower because the bones have actually changed shape to fit together into an s-curvature; however, I see tremendous restoration of mobility and flexibility within one to three sessions.

Pain is another complaint of those who have scoliosis, and while doctors may assert that scoliosis doesn’t cause pain, my clients beg to differ.  Their backs are stiff and sore from holding themselves upright with a crooked body.  As the tight muscles relax, the pain diminishes rapidly, and increased mobility means not having to brace so much throughout the day.

It’s my philosophy that there is no reason that scoliosis cannot be eradicated completely if we work with the soft tissue and the nervous system to reprogram the muscle fibers.

There is so much confusion around the difference between Rolfing and massage, in great part because many states require that Rolfers have a massage license in order to practice (Washington State is one).  Rolfing has been lumped in with massage and the differences not clearly distinguished.

In truth, Rolfing bears more resemblance to physical therapy.  When a client comes to my office, we first do a health intake so that I can learn about any possible contraindications or other concerns.  Then I do a postural and movement assessment with the client standing and walking.  Then, we begin work.  I may have the client lie on a massage table, but just as frequently, I have the client sitting on a special height adjustable bench or working with one of my other office tools.

Whereas most western practitioners try to isolate the symptoms and “fix” the part of the body that has broken down, Rolfers and other structural integration practitioners look at the body in a holistic manner.  We look to see how each joint is affecting every other joint, how the whole system is functioning together as a unit.  This is why we are often able to pinpoint movement deficiencies that escape minute analysis.

To truly grasp the difference between massage and structural integration or Rolfing, it’s best to experience it.  Even my clients say that it’s tough to put in words exactly how Rolfing feels, but once you know it a light bulb comes on.  Your body just “gets” it.

Fascia, also called connective tissue, is a white, slippery tissue that covers every muscle, bone, organ, nerve and tendon in the human body.  Fascia separates muscle groups from one another so that they don’t get “globbed” together.  It also connects your body and gives it structure and shape.  Fascia is entirely connected in one giant web, down to the cellular level.

Fascia used to be considered junk tissue or packing material, responsible only for filling in the extra spaces in your body.  We now understand just how important fascia is to our bodies’ health and structural integrity.  Fascia has ten times the sensory ability of muscle.  While muscle can sense changes in length via proprioceptive cells called muscle spindle fibers, fascia has four kinds of sensory cells that are designed to detect movements like vibration, stretching and shearing.

Fascia also has contractile ability.  Kangaroos can jump much higher than their leg muscles should allow (i.e. their leg muscles are technically too weak for them to be able to jump as high as they do).  Fascia is responsible for the extra spring in their step.  Athletes who are excellent jumpers have great fascial integrity.

Because your fascia is connected throughout your body like a giant, three-dimensional web, if you injure your fascia in some way, that injury can cause myriad problems that are seemingly unrelated.  Many of my neck pain clients are surprised when they come in and I start working with their feet.  They exclaim that the pain is in their neck, but lo and behold, when they get off the table, the neck pain has diminished.

This is the magic of fascia – whether you’re working with it to restore proper posture and movement or training it to get greater athletic ability, fascia is an incredibly leveraged access point to take your body from ordinary to superhero.  Because fascia is directly linked to your brain via the sensory cells, you’re working with your internal software to literally reprogram your movement.

No, you don’t necessarily have to do all ten Rolfing sessions to see results.  In fact, most people feel quite a difference in their bodies after only one session.  But this is somewhat like working out; sure, you’ll feel great after a your first workout and your muscles will be tired, but the results will be short lived.

Your results from Rolfing will be much more lasting if you complete the full ten sessions because it will allow your Rolfer to work with your issues from all angles.  One session is like a band aid.  You will feel better temporarily but your body will probably go back to its original patterns quickly.

To get long lasting change, the full Rolfing ten series is recommended.  Actually, if you think about it, it’s pretty amazing that we can shift lifelong posture and movement habits – habits you’ve had for 30, 40, 50 years – in only ten hours.  But if the full Rolfing ten series is daunting, I suggest you commit to three sessions.  You will know unequivocally after three sessions if Rolfing is the right treatment for you.

Optimally, you should receive your Rolfing sessions about two weeks apart.  Rolfing is a process, not an event.  Since Rolfing makes changes to the way your nervous system is firing, the “rewiring” process continues after you leave the office.  You will continue to change for about two weeks, and then you will notice that it’s time for your next Rolfing session.

Usually, about two weeks after your Rolfing session, you will feel like you have hit up against a wall.  You might feel suddenly stiff again or notice a new ache that you never experienced before.  This is almost universally common and not a cause for concern; your body is simply ready for the next session.  The tissue has unwound as much as it can on its own and now it’s time for some help.

In cases of acute pain, I will sometimes see clients once per week until the acute pain phase has passed and we can space sessions further apart.  Again, because Rolfing impacts the nervous system, doing too many Rolfing sessions too quickly can overstimulate you, especially if there is a history of trauma (as in, for example, veterans of war).

On the other hand, if you space your Rolfing sessions out too far – usually four weeks or more – we will have to go back and re-do the work done in previous sessions to some extent.  The body needs consistent input initially so that it can develop new habits.  Once you have had several sessions and are more aware of your movement patterns, this is less of a hazard.

Use the convenient online scheduling system to book an appointment that works for you.